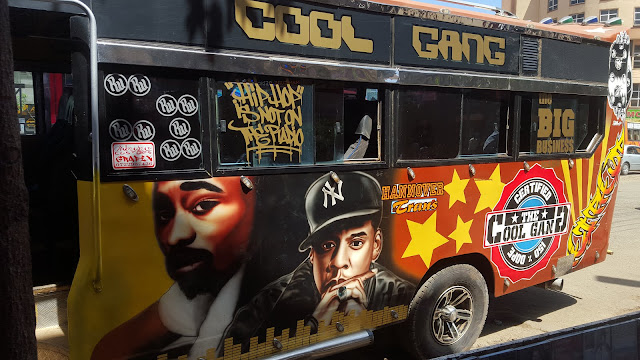 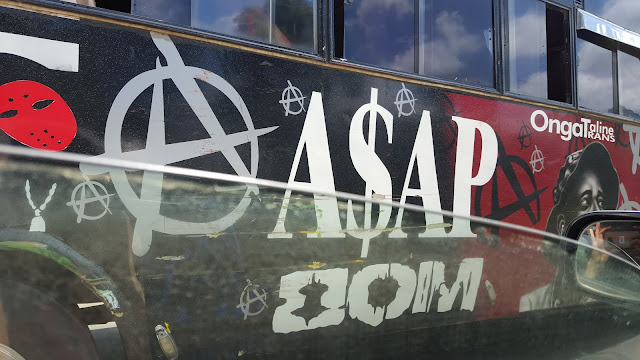 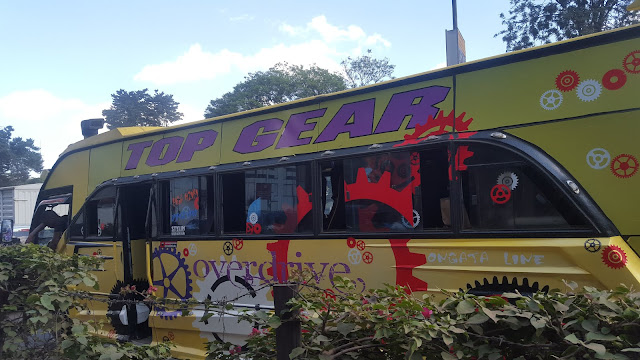 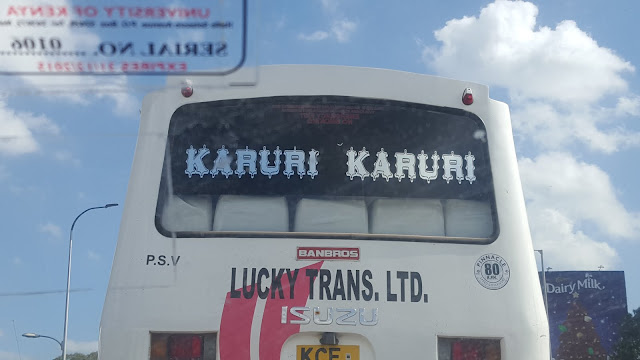 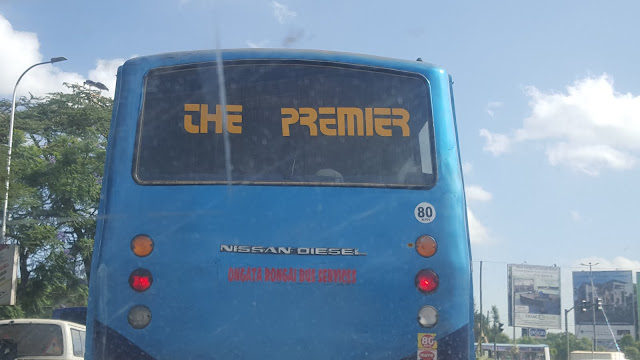 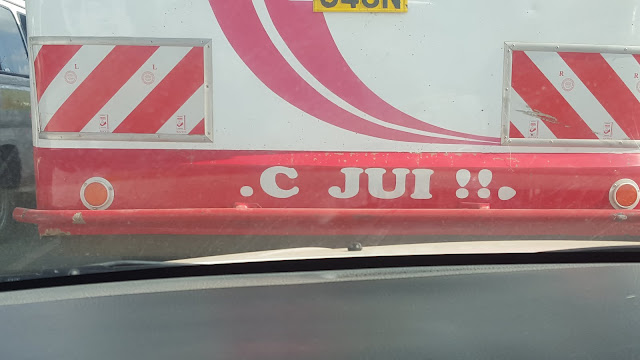 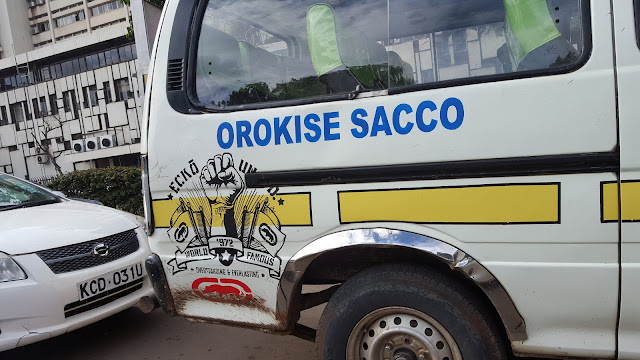 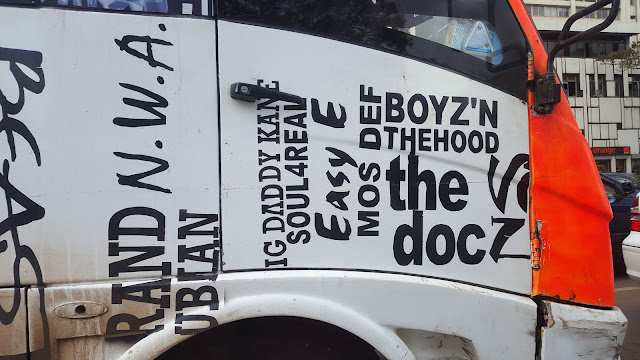 Business and city conditions seem to favor the larger, wilder looking buses. They carry more people and relieve the traffic gridlock that plagues city commuters. The look of each bus is designed to appeal to a hip, young urban workforce. At night, you can see them speed by, lit up like space ships or Vegas casinos, ferrying travelers cross-country. On the crowded side streets of Nairobi where I’ve seen matatu gather to pick up passengers, the operators call out to the crowds, advertising their destinations, rates and amenities. The wild look of the buses adds to the cacophony, drawing the eye just as the barkers draw the ears of passing trade.
Posted by Loide Marwanga at 1:06 AM 2 comments: